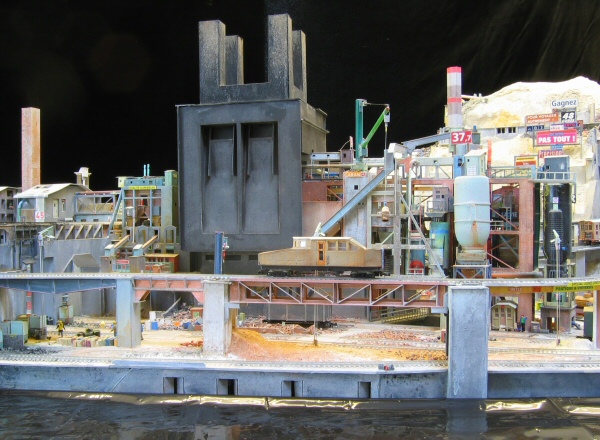 ReFeRe by Alain Fraval and Rosemary Border -  in English

"It was a poor country without natural resources - somewhere on this earth. Fortunately the inhabitants are clever and industrious and they are proud of three things: their invention of concrete , the ReFeRe and their site on the internet".

What they named concrete  is a kind of asbestos cement mixing mineral and organic components. This is an all purpose material for road beds, buildings, bridges, walls and rolling stock. This material is known as Asbestox  in English.

The ReFeRe (Reseaux Ferrés Réunis = United Railways) was a thriving industrial company. It developed with a network of narrow gauge tracks (77.7cm) formerly used for carrying stones, ores, sands and various goods and passengers. At the present time the companyís principal activities are storage, maintenance, repair, rebuilding and recycling on a great variety of passenger and freight cars, railcars, locomotives, switchers, tracks and workshops. 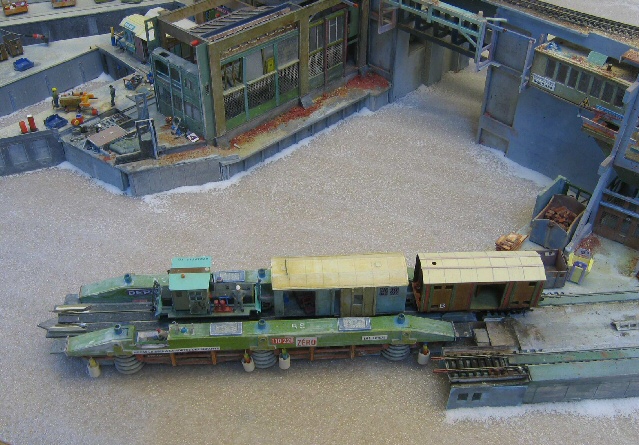 ReFeRe is a classic yet experimental model railroad layout.

The whole concept is freely inspired and designed.

The original concept was to gradually build a purely imaginary but coherent world. Thus, several independent networks were built successively and eventually combined in an archipelago of islands linked by "gliders".

Excitingly, there was no plan at the outset just a general inspiration with a few defining elements providing direction, such as the template, the minimum radii of curves and the maximum slope.

The infrastructure of the Oasis consists of a spine built in cardborad on which are installed the Collerie and the Petite Chimie with cardboard arms that support the curves of the tracks as well as the mountain.

Buildings, superstructure of rolling stock and many items are formed of decorated carbord of various thicknesses. The treated carboard simulates exactly the so-called concrete  (asbestox) .

The exact process took a long time to develop.

Some constructions incorporate plastic tubes (including plastic straws or wire ducts), packages or containers (such as cans of glue for the silos of the Collerie) pen tubes (green cranes) and many other elements.

The paint used is acrylic, very often applied with a mini roller. Surface effects are achieved with sawdust, dry stone and gravel.

The use of these mundane, cheap and easily available materials allows for very inexpensive and enjoyable model building. 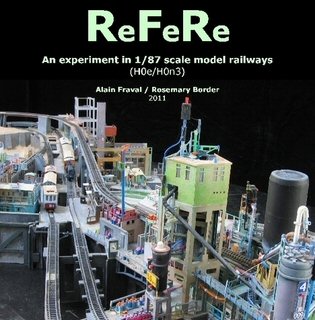 The process of construction is not secret, to learn everything fro A to Z visit this website
(www.afraval/info/refere) and obtain the book ReFeRe by Alain Fraval and Rosemary Border -  in English.

This book takes the form of a glossary in 35 articles,
each occupying a double page spread with illustrations,
describing a rail network in a somewhat unusual world,
all reproduced on a scale of HO 1 to 87.

It shows models finished and unfinished and describes both materials and methods of construction.